Design of foundations for light buildings including the government subsidy houses in South Africa requires an accurate assessment of soil swelling-shrinkage potential and hence an accurate measurement of soil consistency limits. Engineering properties of expansive clays in Free State, South Africa are known to have a high spatial variability. This continues to cause uncertainty in determined characteristic parameters of soil across the region and consequently leading to ill-informed volume change capacity of soil, with adverse impacts on the foundation serviceability analysis. Limited access to skilled workforce and ground investigation budget for subsidy houses (approximately R0.15k for each unit totally costing just below R100k on average, that is 0.15% the total construction cost and by-and-large lower than the recommended minimum 4%) further the uncertainty in determined characteristic soil parameters. As such, modified testing methodologies are needed to be developed, verified and deployed for South African expansive soils that offer little reliance on operators’ skills and high repeatability. The methods for determination of consistency limits in South Africa were first standardized in TMH1 code (Technical Methods for Highways Part 1) by the Council for Scientific and Industrial Research (CSIR 1986). The SANS 3001 Civil Engineering Test methods (SABS 2011) replaced the TMH1 and despite large similarities failed to attract the interest of South African commercial soil testing practice (Stott and Theron 2015). Both national codes fall short in quantifying the consistency limits of highly plastic clays as they are mainly developed to furnish road and highway subgrades and fall out of the scopes of these methods.

The TASMIP project is a partnership between the South African commercial soil testing industry and academics in the UK and South Africa that aims to re-examine the feasibility (in terms of accuracy and repeatability) of the BSi, ASTM and CSIR standardized methods for South African expansive clays and work towards development of a bespoke modified method that relaxes the current limitations.

RAEng Industry Academic Partnership TASMIP IAPP1R2\100195: TASMIP is short for Towards the adoption of the ‘fall cone’ as the Standard Method of determining the Index Parameters in South Africa

Since 1994, South Africa has become one of the world’s largest subsidized housing markets, having built some 2.7 million affordable homes to date thanks to fast urbanisation (53.6% of population have resided in urban areas). Yet, in 2004 and according to the National Housing Department figures, 2.4 million low-income families had no adequate housing, a rise from 1.5 million in 1994 and 2.2 million in 1997. This is mainly due to capital shortage, which itself, in part, is due to escalating maintenance costs associated with building on problematic grounds (and specifically swelling-shrinking soils). An accurate determination of index parameters for a soil sits at the heart of evaluating its activity and unwelcomed swelling-shrinkage potential. The British Standards Institute (BSi, 1990) identifies two test methods that can be used in assessing the liquid limit of soils: the universally practiced Casagrande cup test method (ASTM D4318-10 and AASHTO T89-07), and the more recently developed Fall Cone test method. In South Africa, the Casagrande cup test is still the sole test technique standardized for the liquid limit determination. The liquid limit as determined by the Casagrande cup test is a measure of a fixed ratio of undrained strength to density (Haigh, 2012). Density is controlled by soil packing state. Calcareous clays form packings of double porosity which can cause spatial variability. Most of the South African active swelling clays are known to be highly calcareous (particularly in Bloemfontein, Free State) and to have high degrees of spatial variability. It is here argued that the Fall Cone, as a simple soil strength test, could supersede the Casagrande cup as a measure of liquid limit as the former is not a function of soils density and packing state. The universally practiced soil thread test method is the standard method used in South Africa for determination of Plastic Limit, although it has mostly been criticized mainly due to its operator skill’s dependence and subjective procedure guidelines. Determination of the index parameters concurrently by the Fall Cone test, appears to be more effective economically and to offer a reduction in reliability on operators (Landris. L and Reed B. Freeman,2009). In support of this, the simplicity of Fall Cone test is more evident by the test’s procedure which require the operator to carry out the test by just a push of the button and reading the dial gauge; plotted values from results can give values for the liquid and plastic limits respectively. This collaborative project will establish the reliability, ease, reproducibility/repeatability, and time effectiveness for the determination of the liquid limit of South African swelling clay by Fall Cone test method. Through designing a novel procedure, it will also offer determination of plastic limit using the fall cone apparatus. Soil specimen preparation for plastic limit determination by the Fall Cone apparatus will be evaluated in line with recent findings of Feng (2000) and NPRA (2013).

The SANS3001: 2011 code generally follows the standard Casagrade Cup technique and comprise three methods: one-point (GR10), two-point (GR11) and three-point flow curve (GR12) which is recommended for soils with a Plasticity Index (PI) greater than 20%. To determine the Liquid Limit (LL), an approximate soil mass of 60 g is needed, five times lesser than the mass of soil needed for determination of LL via the Fall Cone method in BS1377:2 British Standard. The method however the method is widely criticised by South African Engineers due to three main reasons: [1] the method is subjective, particularly in judging when the gap has closed over ½ inch; [2] the method is operator dependent; [3] the outcomes are heavily dependent on the instrument.

The procedure includes the free penetration (assisted by gravity and natural mass) of a 35mm long 80±0.1g stainless steel cone with a sharp tip angled at 30±1° to horizontal into a wet paste of soil placed in a close-ended cup, 55±2 mm in diameter and 40±2 mm in depth.

packing and volumetric change system in a compacted layer (scale 1) and the systems of compacted layers (i.e. foundation subgrade – scale 2) that make up the foundation system for light buildings (affordable South African houses), land transport systems and related critical infrastructures (scale 3)) and to be able to integrate the understanding across these 3 scales. Our aim is, through collaboration with the South African ground investigation industry and UK academic expert partner, to use this scientific understanding and adopt a refined BSi standardised methodology for determination of index properties, accurate values of which will inform foundation design, monitoring, maintenance, and repair regimes. Furthermore, the legacy of this project will be a coordinated community of researchers in the UK and South Africa, and industry stakeholders equipped with field sites and ground investigation equipment, as well as data sets, to continue to meet the challenges of providing sustainable infrastructure.

Our three core objectives break down into 5 specific goals:

CUT Soil Mechanics research group. She is interested in assessing the soundness of conventional methods for determining the volume change properties of the expansive clays (found in the Free State) in the context of their reliability in determining the expansive properties. She also studies the effectiveness of South African national foundation design procedures and their adaptability with the problematic behaviour of highly plastic and expensive clays. She also reads on development of integrated approaches to the design of foundations suitable for the Free State’s heaving clays.

Philip (Pr Eng, MSAICE, PhD) received BSc (Hons) and MSc degrees from Manchester University. He then lectured at Ahmadu Bello University in Nigeria and the University of the Witwatersrand in Johannesburg, and has been working as a consulting engineer since 1984. He received the Henry Adams Award from the Institute of Structural Engineers, London. He completed his PhD in Geomechanics in Central University of Technology and since then has been working as Research Associate on a number of funded projects. His studies the spatial variability of hydromechanical properties of soils with emphasis on expansive clays of South Africa. He is also a member of the Structural and Geotechnical Divisions of SAICE (South African Institution of Civil Engineering).

Letaba Lab was established in 1986 and is one of the few SANAS ISO 17025:2005 accredited laboratory in Mpumalanga and has various branches in South Africa. We have also worked throughout Africa – from East London in the Eastern Cape to Eretria on the Red Sea. Letaba Lab is affiliated to The National Laboratory Association (NLA) and the Southern African Bitumen Association (SABITA) and has branches in Mbombela (Nelspruit), Polokwane, Mashishing (Lydenburg), Tzaneen, Bloemfontein and eMalalhleni (Witbank). Letaba lab has more than 175 members of staff and has an annual turnover of about R 43 000 000.

Presentation 2: Assadi-Langroudi, A. 2018. Introduction to mechanics of unsaturated soils: A brief guide to suction, its measurement and water retention characteristics of soil. Workshop at Central University of Technology Free State, South Africa.

Theron, E., Stott, P.R., Vosloo, P., and Assadi-Langroudi, A. 2019. Assessment of the suitability of the fall cone method to replace the Casagrande Cup for liquid limit determination of South African soils In: Proceedings of the 17th African Regional Conference on Soil Mechanics and Geotechnical Engineering. Eds. Jacobsz, S.W. PP175-179.

 The difference in Liquid Limit values derived from testing 54 mm and 35 mm in diameter specimens is marginal and capped at 1 per cent. This may imply that the shear planes that form within the soil and connect the cone tip to soil surface do not reach the ring boundaries; in other words, boundary effects are non-existent. Despite some discrepancies with the LL values determined using the Casagrande Cup method, findings here also verify the minimized boundary effects in the BS1377 compliant specimen cups.

 The modified Fall Cone offers slightly greater LL values than Casagrande Cup from highly plastic clays. Whilst recommendations of Sampson and Netterberg (1985) continues to be valid, a recommendation as of how the two values relate and can be converted remains to be determined.

 The modified Fall Cone procedure, tailored for South African expansive clays of moderate to extreme plasticity is tentatively developed: The procedure includes the free penetration (assisted by gravity and natural mass) of a 35 mm long 80±0.1g stainless steel cone with a sharp tip angled at 30±1° to horizontal into a wet paste of soil placed in a open-ended ring, 35±1 mm in diameter and 40±2 mm in depth. Liquid Limit water content is the water content associated with 16 mm penetration of the cone. This procedure is most accurate for clays of moderate plasticity and >72% Liquid Limit. 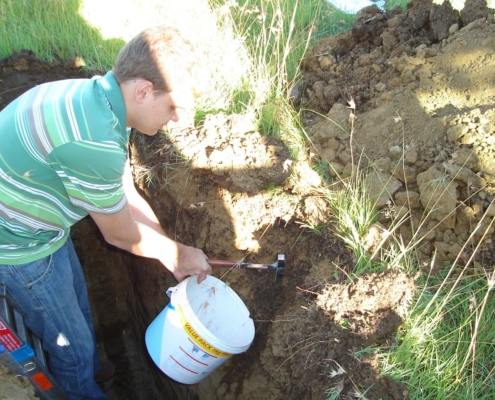 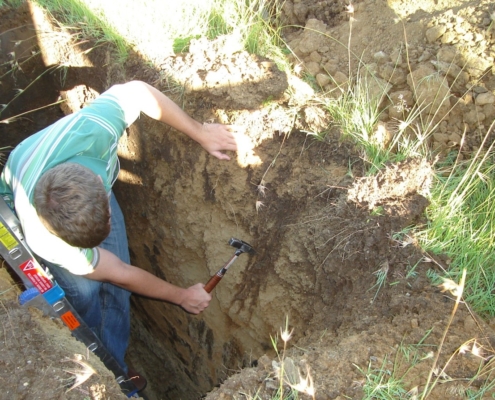 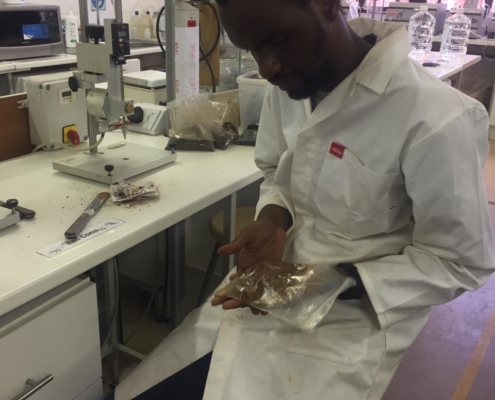 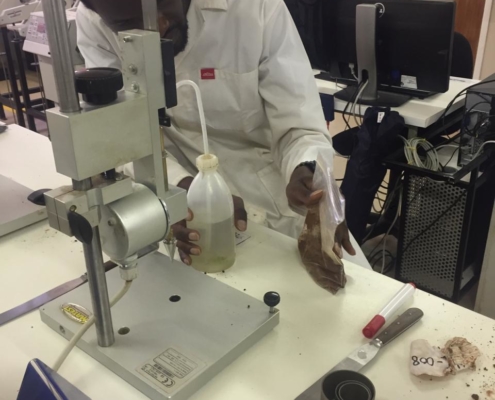 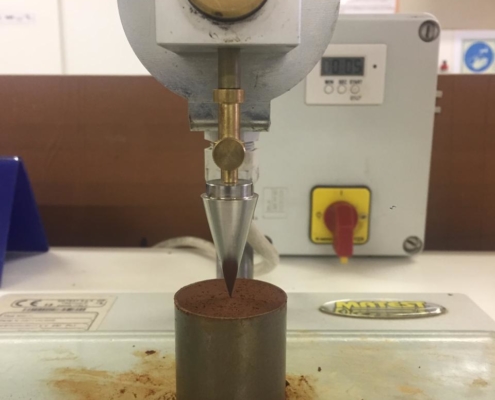 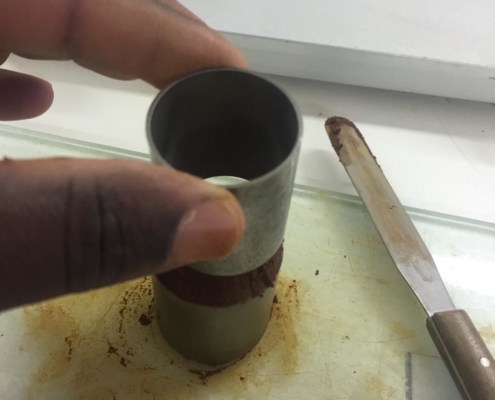 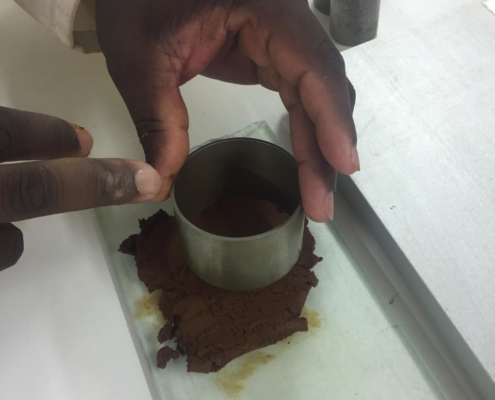 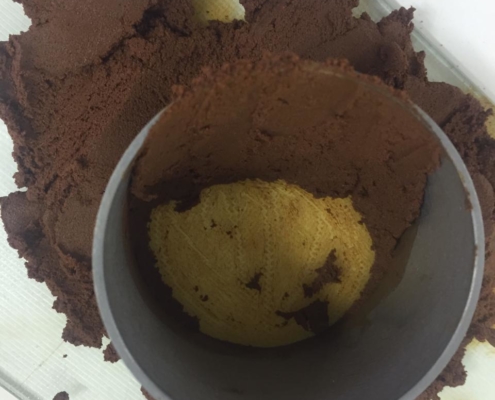 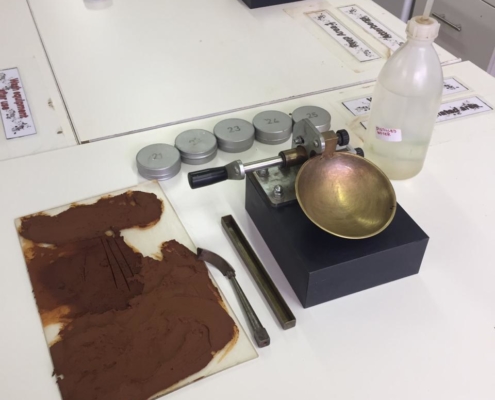 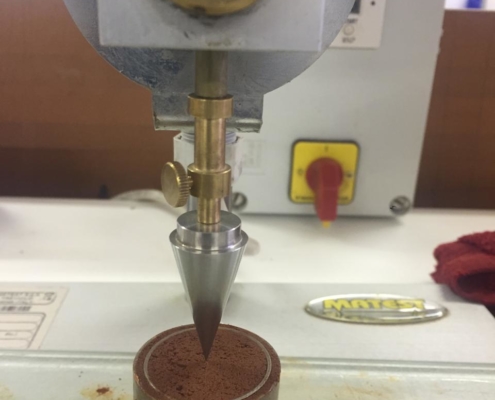 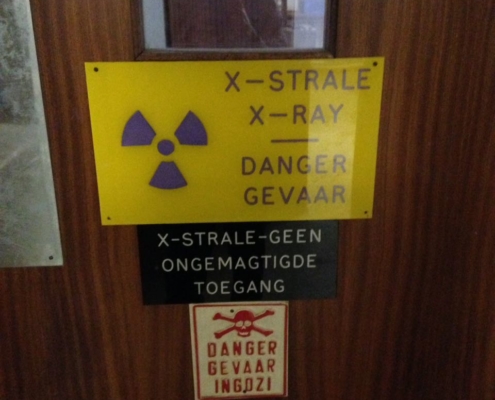 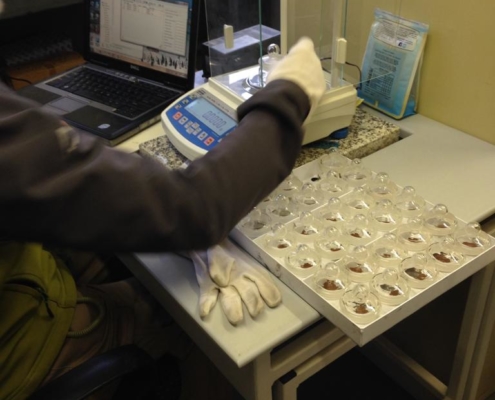 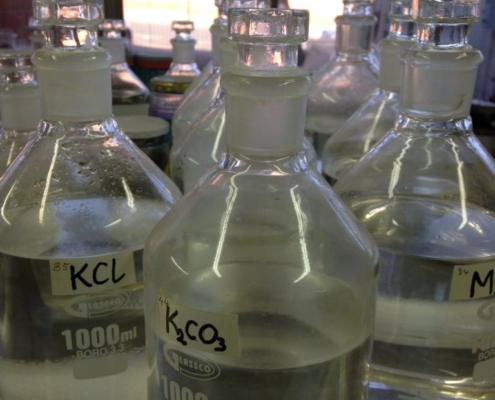 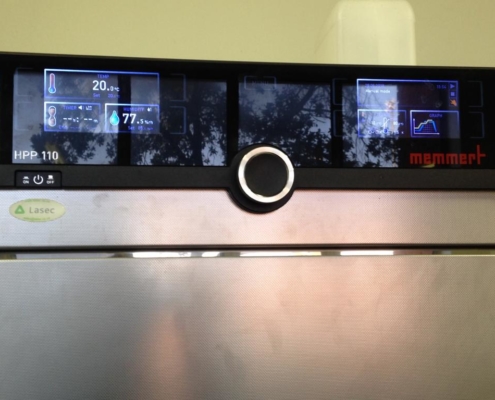